Mark Temnycky is currently taking part in the Maxwell-in-Washington program while simultaneously interning at the United States Department of Defense working on NATO policy. He also had an article published in Forbes. Check out his Forbes article>>

This summer I was fortunate to intern at the Committee of Foreign Affairs of the Verkhovna Rada [parliament] of Ukraine, where the duration of the internship lasted 9 weeks. During this period I wrote various reports for the committee on world events and how they affected Ukraine. For example, I provided analyses on what ‘Brexit’ might mean for Ukraine’s EU membership bid; how the developments of the NATO Warsaw Summit might shape the future of national security in Eastern Europe; and the EU’s current strategies on Russian sanctions. In addition, I translated government documents from Ukrainian into English, and translated international documents, such as news reports, from English into Ukrainian.

During my days off, I was able to explore Kyiv and other regions of Ukraine, such as Lviv, to learn more about the history, culture, and traditions of Ukraine. For example, I visited the grand churches of Kyiv; the old memorials to the Soviet soldiers who had fallen during World War II; the Ukrainian Catholic University in Lviv, which recently started its own Master of Public Administration Program; and visited longtime friends from the Plast Ukrainian Scouting Organization. Moreover, given my particular interest in Eastern European affairs, I was fortunate to have traveled to various Eastern European countries during my time abroad. Through these trips I was able to build a stronger appreciation for Eastern European history and culture; further strengthened my Ukrainian and German language skills; developed rudimentary Russian language ability; and learned what it meant to be a citizen of Ukraine and Eastern Europe.

Overall I am very blessed and thankful for this experience. I learned more about the various administrative processes of the Verkhovna Rada and its parliamentary system, the various issues that Ukraine faces during the twenty first century, and the strength that the Ukrainian people have in order to overcome these issues. The experience was simply surreal. Thank you Ukraine!

On Saturday January 30th, Mark Temnycky  wrote an article on the topic of “Ukraine” versus “the Ukraine,” and the implication of the three letter word in post-Euromaidan Ukraine. On Tuesday, February 2nd, Mark experienced an honorable moment. Forbes contacted him – they published his piece! 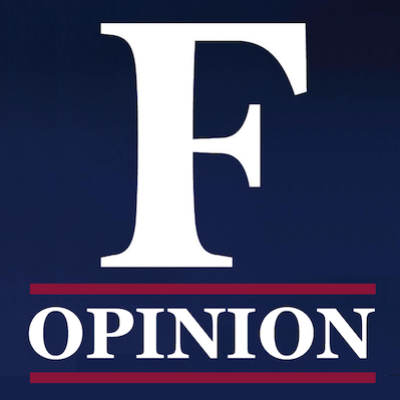 The Polish term Ukrajina, or “the borderland,” first emerged during the 16th century when the Ukrainian lands were incorporated into the Polish–Lithuanian Commonwealth. By the 18th century, the French introduced l’Ukraine, and the article stuck. The usage of “the Ukraine” then became most popular when it was a territorial entity of both the Russian Empire and the Soviet Union. But why does the article matter?

Following the collapse of the Soviet Union in 1991, the Ukrainian government declared in its constitution that it would hence forth be referred to as “Ukraine,” thus dropping the article. There were two justifications for this. First, in Russian and Ukrainian, the two most popularly spoken languages in Ukraine, articles do not exist, hence it seemed foolish to incorporate the article. Second, with the establishment of its independence, “the Ukraine” became a demeaning term, as it implied that Ukraine remained a territorial region of one of its former rulers.[…]